How will Internet of Health transform Healthcare?

Smart pills with sensors as well as miniature implants placed, e.g., under the skin are predicted to grasp minds and souls of the consumers cramping fitness devices like wrist bands or watches. Thus, the “Smart Pills Technologies Market (2012-2017),”  report forecasts the global smart pills market to reach $965 million by the year 2017, while Gartner expects shipments in the smart garment category to jump from 0.1 million units in 2014 to 26 million units in 2016.

The grid of miniature interconnected devices, mostly sensors that can be wearable or implantable (known as a body area network (BAN), can radically transform the mainstream of Healthcare. Registering multiple parameters such as body temperature, perspiration, electrical conductivity of the skin or electric field distribution around the body, the Internet of Health (IoH) can provide data which, if properly interpreted, would track multiple disorders of the organism’s subsystems casting a deeper insight into the origin of diseases such as diabetes or cancer.

What disruptive changes can IoH bring to our Health system, in particular, to consumers and patients?

For centuries, medicine has been collecting physiological facts to describe various human organs with limited understanding of their interplay, the approach often leading to misdiagnosis and medical errors. The IoH technologies are expected to overcome such pitfalls. This topic discussed by respectable scientists at the 2015 BIO International Convention in Philadelphia. Thus Donald Jones, the chief executive officer of Trial Fusion, argued that gadgets should be viewed as “nodes on the net” or transmission hubs emitting important information from different sources to help researchers form a more comprehensive picture of a person’s illness.

It is curious that some successful endeavors are already springing not from medical, but e.g. automotive industries. All of us are used to a quick car sanity check before we start the trip. Multiple sensors are “calling” different parts of the machine to inspect its health. Why not to check the driver? The Sixth Sense by Jaguar/Land Rover attempts to monitor a driver’s fatigue or lack of concentration by combining multiple measurements such as heart rate, respiration and brain activity collected through sensors embedded in the steering wheel. Other automotive manufactures like Ford, Toyota or General Motors are taking the same direction.

The indigestible sensors will revolutionize diagnostics by monitoring health status noninvasively under natural conditions.  A tiny pill travelling through the human body interacting with saliva, blood, urine and/or gastric juices will be collecting data to provide a multidimensional view of the human organism. The information is wirelessly transmitted to physicians to identify early deviations from the individual’s health stability.

Scientists from the Weizmann Institute Israel are having an ambitious goal to develop   “lab-on-the molecular”, a combination of fluorescent molecular sensors  that integrate the properties of molecular luminescent sensors and cross-reactive sensor arrays (the so-called chemical ‘noses/tongues’). On the one hand, molecular sensors can differentiate between a wide range of analyte combinations and concentrations; on the other hand, they can operate in the microscopic world, which macroscopic analytical devices cannot access. Responding to the slightest chemical modifications of the molecular complexes in the organism such sensors are able to operate as “smart diagnostic devices”, kind of molecular spies. Suitable platforms for luminescent sensors are nanoobjects, in particular, semiconductor or noble metal quantum dots that can interface with molecular complexes in the living organism.

The mainstream of medical diagnostics methods tends to interfere with the human body, often stretching organism to the extremes thus pushing it out of its stability margins. For example, the ubiquitous exercise-electrocardiogram (stress ECG or cardiac stress treadmills) so favored by the doctors can be detrimental for the patients, in some cases leading to aortic stenosis and heart attacks as well as contingently causing nausea, high blood pressure or chest pain/angina pectoris. (Myocardial infarction in approximately 1:5000 tests and death in about 1:10 000 tests, Freedman B. Cardiac Society of Australia and New Zealand. Safety and performance guidelines for clinical exercise stress testing. 2010, http://www.csanz.edu.au.) .

Erik Topol, chief academic officer Scripps Health (San Diego) and one of the strongest proponents of the consumer oriented nanotechnology is working with Axel Scherer, PhD, of Caltech on tiny blood stream nano sensor chips that might spot predecessors of a heart attack. The sensors are picking up a specific genomic signal coming from endothelial cells that are sloughed off an artery wall in a precursory period before a heart attack. By transmitting the alert via smartphone to the cardiologist the myocardial infarction potentially can be prevented. 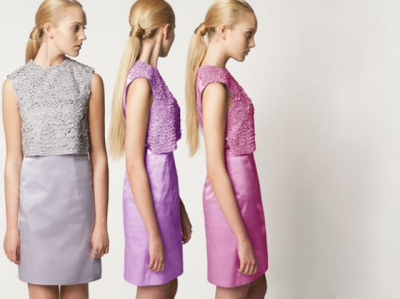 This HealthWatch , 15-lead ECG-sensing T-shirt can read heart rate, blood pressure, detect cardiac irregularities and other vital signs that can be the key to preventing heart attacks. Data is generated in real time and reaches doctors immediately. The design is quite practical: one can throw this T-shirt in the laundry with the rest of your clothes. Cardiologists can observe their patients remotely, without hooking them up to a heart-measuring device in doctor’s office.

Endoscopy or colonoscopy can be a nightmare for patients suffering from gastroenterological illnesses such as, e.g., Crohn’s disease or ulcerative colitis.  The inflammation can be located in the small intestine that doctors can barely see. A tiny camera size of a vitamin pill such as used in the Beth Israel Hospital in New York City is travelling through the guts taking pictures every few seconds and transmitting them to a device on a patient’s belt.

Recently the Technion-Israel Institute of Technology together with Alpha Szenszor, the Boston-based manufacturer of carbon nanotube sensing equipment, announced the commercial version of Na nose, the device that has been proven in numerous international clinical trials to differentiate between various types and classifications of cancer with up to 95 percent accuracy. Patients breathe into a tube; the Na-Nose analyzes more than 1,000 different gases that are contained in the breath to identify those that may indicate potential disorders.  Normally patients with suspected lung cancer have to go through a CT scan when they feel the first symptoms. That maybe too late.  Cumbersome and invasive biopsies of tumors can disturb malignant cells and provoke their further spreading. The introduction of nanosensor technology to medical practices allows spotting the location of suspected cancer at a very early stage. The whole procedure is much cheaper and hence more affordable.

The traditional European healthcare was regarding a patient is a statistical unit. The conclusion that followed was “what is good for the majority will work for a given individual”. This principle is the foundation of the contemporary pharmaceutical industry. Millions of people are prescribed the same medications with the strong requirements to comply with “what the doctor tells them”. The attempt to understand how medication impacts a given individual was largely neglected. The result is that 50% of patients are not taking their medications as prescribed. Almost all medications aimed at treating people with long term chronic conditions have severe side effects that are revealed gradually with the substance accumulation in the body. The human metabolic systems vary from person to person and hence differently absorb medications into the bloodstream. In some cases a drug dosing may be too sudden and too much active ingredients enter the narrow absorption window; in other cases, an insufficient amount of drug is absorbed and the active ingredients get quickly flushed outside the body. Considering that people over 65 are taking five or more prescriptions, the threat of drug interactions, negative side effects or overdose is quite acute. Moreover, most medications can be poisonous unless taken in proper doses.

The Israeli company Intec  has designed an oral drug delivery system, the Accordion Pill  that looks like an ordinary-sized capsule but once inside the stomach it unfolds like an accordion to monitor the absorption of the swallowed drugs. The pill can be programmed to retain the acting pharmaceutical ingredients in the stomach for as long as 24 hours, so instead of taking 5 pills a day one can administer the medication only once.

Another good example of a digestible microchip was designed by a company called Proteus.  When swallowed, the chip with embedded sensors generates the “slight voltage in response to digestive juices,” which sends a signal to the surface of the patient’s skin. An attached patch catches the signal and transmits information to a doctor’s mobile phone. A device can also monitor patient’s heart rate, respiration and temperature informing the physician on how this particular patient is responding to medications. The point is that the doctor can adjust the treatment to the particular patient vs. forcing him to comply blindly with what “is normally believed to work”.

The Internet of Health, the network of wearable or implanted sensors is disrupting the fundamental principles of traditional medical methodology such as treating disease vs. sustaining health, addressing anonymous patients vs. individuals, relying on intuition vs. measurable facts.

For the first time a patient has a chance to be treated as a human being vs. a collection of organs and receive care without going through torturous procedures that in some cases can be devastating for health.

The IoH might generate the new flow of applications and portable devices capable of addressing vital health issue helping people to understand and measure their everyday health conditions. The market of current Health and Fitness devices designed merely for strong and healthy has to give way to the one of new technologies dedicated for those who need it most.