Doctors or Managers: who will prevail?

From the moment one gets into a hospital, one grasps the “atmosphere”. Those faint emotional fluids irradiated by the medical staff starting from the receptionists up to the Chief Medical Doctor. The fluids can be welcoming, indifferent or hostile. They can emanate hope, stimulate the recovery, or, on the contrary, delay it by putting a patient down. A lot of course is due to the quality of personal, but to a great extent this atmosphere depends on management. It is the hospital administration that must “oversee staff making critical decisions that affect a whole organization”. This role is difficult. It requires understanding of the medical staff and patients’ issues as well as the pragmatic approach to budgeting and finance. Such harmony is hard to achieve. What is the best way to do it: to engage one with deep financial and administrative skills, but only limited experience in “patient facing” clinical processes or the one who has spent all his life treating people, but is not sufficiently trained in meeting the budget ends?

Both approaches have their pros and contras. Here are some of the scenarios I have encountered while working with many hospitals in Europe.

Scenario 1. Disappearance of a Grand Piano. 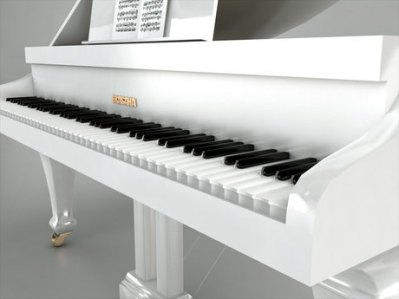 If you have not heard about Astana – it is a capital of Kazakhstan. The “Child Maternity Center” was the showcase of the Kazakh healthcare modernization. Saule, a woman with dark intelligent eyes, a pediatrician with many years of experience was its first Chief Doctor and Administrator. The doors of her cabinet were never closed. From early morning physicians and nurses were crowding in a small vestibule to share with her their concerns and ideas. She was personally checking every room, inspecting every bed and equipment in the hospital.

A white concert piano majestically stood right at the center of the entrance hall. “Saule, why do you need such an expensive instrument? Your budget is restricted.” She smiled: “I want my ladies to listen to a good music. Many of them are worried, frustrated. That will comfort them. A happy mother will bring a happy child to this world”.

Unfortunately not all children were that happy. In the Intensive Care Unit (ICU) I saw babies with tumors that looked like the babies’ second heads. The nurse smiled: “They will survive. We will not let them down”. It is this atmosphere of not letting anybody down that dominated the hospital.

Last time I was in the Center the piano disappeared. So did Saule. She really struggled to manage the budget, but the authorities decided to hire instead a professional Austrian financial company, allegedly with long experience in hospital management.

Now the management was calculating the budget in the dimness of their cabinets. The Austrian administrators were hardly seen in the clinical areas. The hospital staff complained that when they appear, they did not even bother to say “hello”. Many good physicians were leaving. It was not about money: the income was probably even more stable. But something was missing. Exactly this atmosphere of understanding and  mutual respect that was embracing both patients and physicians.

Scenario 2. The best hospital in Spain. 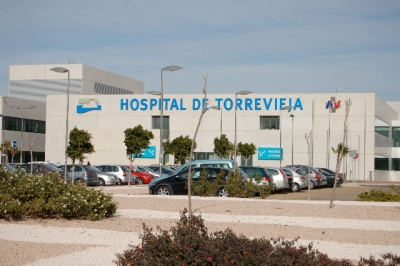 A hospital in Torrevieja, Spain, was originally set as a private and public partnership between Torrevieja Salud) and the Government of Valencia. Dr. Barcia, at that time the Chief Executive Officer of the hospital, a physician happily married to a nurse, had a difficult challenge: according to his agreement with the Government of Valencia, he received 571 Euro per patient from the Government compared to 898 Euro spent in average by a public hospital in Spain. Should he, nevertheless, get a surplus through the effective management, it could be reinvested into the hospital and his staff. Dr. Barcia staked on reducing excessive administrative costs and attracting more patients, e.g., out of 600.000 tourists that are coming annually to Valencia. The deal was strict: if a patient was not satisfied with care in Torrevieja and moves to another hospital, Dr. Barcia had to finance her/his full treatment in a new institution.

Every morning Dr. Barcia was checking the “barometer” of his clinic. 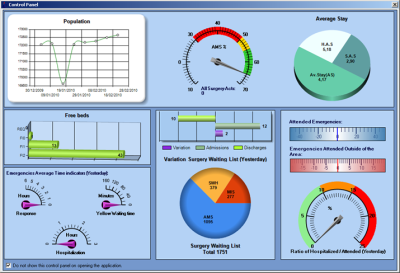 In 10 minutes he could get an overview of the hospital’s “Rhythm of Business” through Florence, the hospital management system designed by Miguel Ortiz, CIO of the hospital, together with his 8 team members.

Among 400 Key Performance Indicators (KPI) the patients’ satisfaction was of the highest priority. Each patient‘s complaint was registered and analyzed by the system. Doctors, not squeezed with the limits of standard protocols, were focusing on the outcomes: the effective cure and the ultimate patient satisfaction. Their experience were captured by the system: every opinion matters.

Effective management supported by IT saved 327 Euro per patient. The difference Dr. Barcia reinvested in cutting-edge technologies as well as in trainings and incentives for the medical personnel. Thus, the average income of the medical staff in Torrevieja was 40% higher than across the region. That attracted skilled physicians from all over the world. Patients from private hospitals nearby were often considering moving to the Public Hospital of Torrevieja.

The management efficiency was reflected not only by numbers. Suddenly you noticed a doctor discussing a difficult case with a nurse, an unusual picture indeed. Observations made by the nurses were an integral and indispensable part of the care process under Dr. Barcia’s management. A nurse who feels its value transits this attitude to patients. A nurse brought food to a father while watching his sick child. In many hospitals I had visited, relatives were considered more like camels: nobody cared if they eat or drink at all.

Joint dinners of the management with medical staff was a frequent habit. Was it just a part of the Mediterranean culture or a conscious attempt to be closer to the hospital employees?

After one year under Dr. Barcia management, Torrevieja Hospital was recognized as the best middle-size hospital in Spain. Luis Barcia left after his contract with the Government of Valencia was finished. He has started a new company – A Green Cube – fully automated patient-centric IT system offered to other hospitals together with the management consultancy. Was Mr. Barcia’s management uniquely tied to his personality or is it something we can learn and replicate? I don’t know as I have never visited Torrevieja since he left. 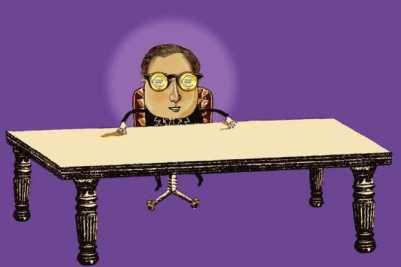 German hospitals are famous of their efficiency. I got an appointment in one of the largest University Clinics in Munich.

The geography of the hospital was so complicated that it was hardly possible to find a required location without a map. Suddenly I left busy areas with medical personnel hurrying to and fro and was immersed in the quiet comfort of spacious halls. Just one word – “die Verwaltung” (Administration) – separated me from all the fuss of the clinic. But where were all those administrators? They were invisible. One does not need to see God, just to feel his Grandeur.

Administrative departments have their distinguished style. No more minimalistic techno of the clinical areas. All of a sudden you are absorbed by the warmth and stability of expensive wooden panels, carefully carved doors and soft carpets. When some of the representatives of this “holy land” occasionally emerge in the clinical parts of the hospitals, they are obviously not always welcome. One of the doctors I was talking with, suddenly pointed at a respectable gentleman haughtily passing by and wearing a nicely cut grey suite that contrasted with doctors’ gowns. “See, this is our administrator. Don’t know what he is doing here.” The tone of her voice and the expression on her face were very clear.

A good doctor with fair management skills is probably a rare species, just as a good administrator with the medical background. People like Dr. Barcia are more an exception rather than a rule, and the system cannot dwell on the exceptions. But certainly there should be a balance of interests between those who cure and care and those who count money. The voice of medical professionals as well as patients should be heard through the impenetrable walls of administrative towers.

← Why am I dissatisfied with health devices and applications?
A Brave New World of Internet of Health. Are you fit to work? →