Posted on January 28, 2016 By Tatjana Znamenski

Considering the amount of medications each of us is swallowing during the lifecycle, one would assume that the pharma industry is tremendously flourishing. Indeed, the total volume of the pharmaceutical market was in 2014 worth of 1,057.2 Billion dollars, with the top 15 companies reaching around US$527 billion in revenue. Nevertheless, the modest year-on-year 2.4% growth indicates that the industry needs some revitalizing changes. 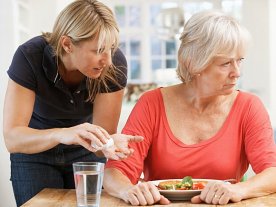 One of the biggest challenges pharma is facing are consumers. Almost 50% of patients who are stubbornly refusing to take medications are accountable for approximately $100 billion per year loss to pharma companies, according to the Mayo clinic proceedings.

It is hard to imagine that a person is persistently forgetting to take a medication that presumably brings a relief. Often the reason is not negligence, but fear. Fear to take medications that instead of healing can produce adverse effects. The National Council for Patient Information and Education reported that in the US alone adverse drug effects have been blamed for 125,000 deaths annually. According to American Society of Consultant Pharmacies (ASCP), medication-related problems cost the industry $177.4 billion a year, more than all possible losses related to nonadherence.

Reputation is another challenge pharma industry has to confront with. The results of clinical trials are no longer an exclusive property of pharmaceutical companies. More and more opportunities are available to consumers to share their experiences via social networks such as Facebook or Twitter. The Patient Safety Journal published a study collected from more than 1,000 public tweets in English containing key phrases such as “doctor screwed up”. Eighty-three percent of the tweets, posted between January and August 2012, specified that 23 percent of all errors concerned medications, 23 percent involved diagnostic mistakes and 14 percent involved surgical errors.

Pharmaceutical industry has to cope with the openness and transparency of the digital environment. But this challenging environment can also open new opportunities. There are at least three areas for digital technologies to drive value to pharma industry and patients.

1. Improvement of clinical trials with advanced analytical and cloud computing. 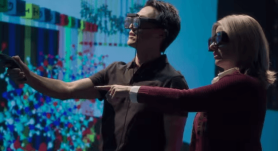 Clinical trials are not only expensive with the average cost per patient increasing from 2008 to 2013 by $23,600, or 157%, but they can be also dangerous. The media reported recently that in France one person has been left “brain-dead” and five more hospitalized after a clinical trial on an experimental drug went wrong.

Moreover the majority of clinical tests are based on the erroneous statistical principle “should work at average”. But outside of clinical laboratories such “average patient” does not exist. Each person has a specific reaction on medications depending on multiple factors such as age, gender or life style. The results of clinical tests do not answer the main question: should such medication work for you.

Discoveries in pharmacogenomics make it possible to adjust medication treatment to an individual by analyzing her/his genetic profile. A number of commercial companies are stepping into the market to assist consumers in deciphering their genomic code. Thus Navigenics (Life Technologies) is testing 12 drugs including response to beta blockers, while HealthspecPGT is promising customers 250 medications test including antidepressants, pain killers, hypertension drugs, statins and anticoagulants such as warfarin. If pharma companies get an access to anonymous results of personal genomic tests (and we leave aside for a moment privacy requirements and concerns) they can, e.g., identify and flock together similar genomic patterns to produce medications that can precisely target a specific group of individuals suffering from similar diseases.

But to store for decades and dig into myriads of personal genomic data consume a lot of resources. Cloud computing allows researchers to access and analyze almost unlimited amount of records collected from a variety of mobile and wearable devices, personal and medical health records as well as social networks. Thus, the team of the Virginia Tech researchers under supervision of a Professor Wu Feng, have “cloudified” their preexisting Genome Analysis Toolkit using the computing infrastructure of Microsoft’s Hadoop-based Azure HDInsight Service. The new version called SeqInCloud (as in “Sequencing in the Cloud”) can take minutes to sequence and analyze a genomic data set, while previously it used to take two weeks. According to Feng “rather than relying only on the wet- lab to make their discoveries, we are able to use validated computational models to simulate wet-lab processes in a fraction of the time.”

Feng’s team receives thousands of requests a year from all over the world from biologists, microbiologists, epidemiologists, and others who don’t have the computational resources or expertise to process the massive amount of data available in the field of genomics. Similar tools and services could certainly benefit pharma to carry clinical trials cheaper and faster producing medications that can help real people vs. statistical objects.

2. Development of biosensors and smart pills. 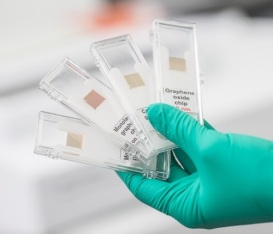 Drugs equipped with nanosensors that check individual reaction on the consumed chemical substances are knocking at the doors of pharmaceutical companies. Proteus smart pills monitors patient’s heart rate, respiration and temperature providing evidence on individual response to medication digestion. Gastroenterologists at the University of Chicago Medicine are experimenting with an electronic “smart pill” that takes measurements of temperature, pressure and pH inside the digestive tract to monitor medication’s consumption. HQ Inc’s CorTemp Ingestible Body Temperature Sensor pill is capable of transmitting temperature to a smartphone app in real time as it travels through the body.

However, the majority of such pills are tracking manifestations of the body’s physical conditions. But researchers are digging deeper. A team from the Moscow Institute of Physics and Technology (MIPT) has patented a biosensor chip based on graphene, graphene oxide and carbon nanotubes that will analyze biochemical process of the human organism under the impact of medications. These sensors enable researchers to detect low concentrations of biologically significant molecular substances (RNA, DNA, proteins, antibodies and antigens, viruses and bacteria) and to study their chemical properties under the impact of consumed substances. The data obtained gives information about the efficacy of a drug and its toxicity in case it targets “healthy” cells or their parts, which the drug, ideally, should not affect.

In future your mobile phone will be sending you a message informing that the dosage of medication you have just swallowed should be reduced or totally abandoned, based on your biochemistry and genetic profile.

3.Integration into continuous healthcare.
Medication therapy plays an important role in the clinical process, hence pharma industries should naturally share its ultimate goal and responsibility. This implies that the measurement of the pharma success should depend not only on the number of pills developed and sold or prescriptions written, but rather on how many of those medications improved patient’s health. To achieve this goal pharma companies have to collaborate intensively with health providers, patients and payers, with this collaboration not being reduced to the intention of selling their products against those of competitors.

Collaboration also means to “open up” for instant health information exchange with hospitals, homecare nurses, patients and physicians in order to collect and analyze impacts of medications on millions of people. Powerful and secure IT platforms are required to realize this vision.

IT vendors such as Microsoft, Apple or IBM are accumulating tons of patient’s records collected from wearable devices and mobile applications on platforms such as Microsoft Health, Health Vault or Apple Research Kit. Technologies such as Skype or Skype for Business are providing a space for ­clinicians to connect with each other via ­messaging, voice, and video ­conferencing from multiple devices. This process is naturally manifested in socium: for instance, political parties in the United Kingdom are promising to enable patients to use Skype for calling general practitioners by 2020.

Despite all the concerns about privacy and security, many patients are willingly sharing their health data with a hope to receive better care if not for themselves but at least for those who may be confronted with similar diseases. Social networks such as PatientsLikeMe or ProPublica are engaging people to provide feedbacks on therapies they are receiving.

By establishing the right partnership with IT and bioinformatics technology providers, pharmaceutical companies will be able to develop a more personalized and precise medications which finally will improve drug adherence as well as the overall health outcome.