Personal health assistant: can it boost the adoption of wearable devices?

Posted on October 20, 2014 By Tatjana Znamenski

The hype of the Internet of things (IoT) is marching forward supported by many analysts and IT vendors. The aspiration is that IoT nourished by the flow of wearable devices emerging first in the fitness and wellness areas coupled with mobile applications will boost patients’ and, in general, citizens’ engagement in their own care. 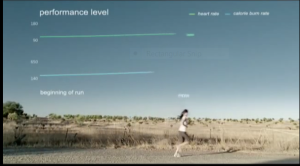 The reality, however, is different. Despite the optimistic prognoses that nearly 100 million wearable monitoring devices will ship over the next five years spurred by consumer interest and increasing awareness of how mHealth can enhance healthcare-related activities, the actual usability of such devices was relatively small [1].

The nationwide US study designed by Technology Advice Research in September 18-19, 2014 interrogated over 900 adults in regard to their general fitness tracking habits. Among them, 419 adults were surveyed on their specific reasons for not using tracking devices or apps. The results showed that nearly 74.9% were not using mHealth fitness apps or devices [2].

Should the discovery be surprising?

Until recently, consumers were presented with multiple mostly fitness-related devices measuring vital signs that create pools of personal health records (PHR) connected to cloud storages such as the MS Health Vault or the coming Apple Health Kit. But the crucial question remained: if I collect my health data, what do I do next?

What was missing is the intelligence that would help consumers not only to collect, but also to interpret the correlations between various health parameters. In short, consumers were looking for personal assistants that would prompt them what to do to manage their health better.

It seems that large IT vendors are gradually realizing such concerns. Both Apple SIRI, Google Now and Microsoft Cortana products are promising consumers personal virtual assistance (PVA) services for their mobile devices. PVA will use a natural language user interface to answer questions, make recommendations and perform actions by delegating requests to a set of Web services. The responses will be sent automatically to consumer mobile devices. So far, the “services menu” is quite general and rather rudimentary. One, for example, can give a voice command to his/her PVA to book a restaurant, a flight ticket or receive a voice reminder that a flight was delayed and there is no need to hurry.

But the development is going on. The Microsoft product Cortana is said to add new features almost every two weeks. So far available for Windows Phone 8.1, the technology is expected to be added to Windows 10 and XBox One sometimes in 2015. It seems that Cortana is looking far beyond a simple “voice search” with the ambition to step into the area of artificial intelligence. According to Peter Lee, the Head of Microsoft Research, “the aim is to produce systems that can see, hear and understand, by focusing on correlations in large amounts of data” [3].

For example, by analyzing data coming from multiple applications such as email, calendar and favorite locations stored on your devices or personal cloud, the intelligent service may predict when, e.g., you should get out of your house to reach the bus station on time, provided that there is a traffic jam; or by tracking how frequently you visit some of the popular musical sites, remind you that your favorite jazz band is coming the next month and it is time to book tickets.

What if such personal virtual assistant would be adapted to mHealth applications  empowered by intelligent services through a cloud platform e.g. Microsoft Health Vault or the likes? In this case one can easily envisage the following scenarios:

To remind you to take a medication based on your calendar is not a big thing. One can do it with SMS already now. But how about tracking the efficiency of medications? 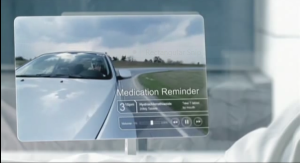 What if your virtual assistant after comparing your blood pressure with the dosage of your beta blockers or ACE inhibitors will let you know that there is almost no positive progress? On top of that, for example, the levels of aspartate aminotransferase (AST, also known as serum glutamic oxaloacetic transaminase, SGOT) and alanine aminotransferase (ALT or SGPT) are above the norm indicating potential liver damage. It could be a good start to discuss with your physician a possible medication change. Some hospitals are already installing such systems for their patients.

Many people are able now to track and store their lab results. However one single parameter, e.g., Low Density Cholesterol (LDC) will not show you the full picture of your health and may even create a false alarm. Often a combination of multiple parameters such as HDC, LDC, Triglycerides or C-reactive protein (CRP) is needed to get the real picture of your, in this case, heart condition. After comparing multiple correlated parameters, the alert could be sent if the lab results are bridging the norm.

One of my friends, an experienced cardiologist, once told me: it is not enough to read the EMR, I need to “hear” a patient. Our voice pitch and tempo could tell much more about our conditions, pains or moods. Besides, in putting comments in a PHR manually could be a cumbersome procedure. By using a natural language process (NLP), a person could simply dictate what he or she is feeling at the given moment. This voice message can “tell” a physician a lot more about his patient’s health.

Those services are already available for multiple devices by various companies operating in mHealth area. For example, Spanish  MedCitas, a centralized appointment system developed by NetBoss eHealth for patients and physicians. By analyzing multiple calendars and registrations it helps to book the nearest appointment with physicians based on their profiles and specific expertise. Using a bit of imagination one can foresee that by analyzing personal data coming from PHR through multiple wearable devices a person will receive an alert that he or she needs to visit e.g. a gastroenterologist or cardiologist located in the nearest town.

If these services are easily available to patients and consumers, they will drastically stimulate the interest in wearable devices and related mobile applications. So far, it may be considered a vison. But it is more than a dream. The almost unlimited pool of personal health data are on the way to be transformed into intelligent services helping consumers and physicians to manage Healthcare faster and more efficiently.